Patricia Halstead of Halstead Law Offices has proudly been serving clients and the State of Nevada since 1998.  Having practiced in both a large state-wide law firm and for Washoe County as a Deputy District Attorney, Ms. Halstead has handled a variety of matters from contract disputes to murder prosecutions.  No matter is too big or too small.

Ms. Halstead opened her own practice in 2013 for the sole purpose of being able to focus on YOU the client.  Ms. Halstead understands the worry of legal matters and the mental and emotional drain that often accompanies them.  If you find yourself in a position of needing legal counsel, Ms. Halstead can soundly advise you from start to finish about the legal process and your rights.  Moreover, Ms. Halstead will work with you to navigate through the system and reach a sound and positive outcome. 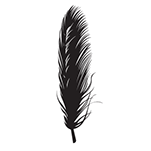 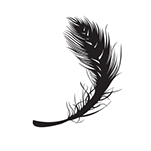 A will codifies how you wish to have your estate distributed upon your death. While a valid will ensures that your wishes can be met, a will is subject to the probate process described above. One manner by which to avoid probate is to put in place a trust. A trust names a trustee and, rather than a court overseeing the administration of your estate, the trustee does so without court oversight. Halstead Law Offices will address your needs for a will or a trust and work with you to draft whichever best meets your needs, ensuring that your wishes are carried out after your death and that your loved ones are burdened as little as possible.
ESTATE LITIGATION 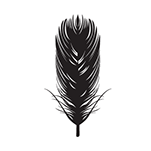 For various reasons, people may challenge the manner by which a deceased person’s estate is being administered whether it is being administered through the probate process or through a trust. If this unfortunate circumstances arises, know that Halstead Law Offices understands the difficulty this causes and can provide the necessary legal experience to navigate through a trial if necessary.
GENERAL LITIGATION 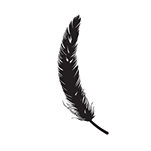 Litigation entails any dispute needing resolution through the court process. Whether it is a contract dispute, a property dispute, or a business dispute, Halstead Law Offices can help. Having previously litigated construction defect claims, IRS matters, diverging property claims, contract matters, and various business disagreements, there are few matters subject to litigation that Ms. Halstead has not addressed.
APPEALS 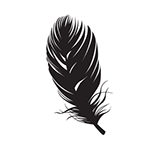 Once a final judgment is entered in an initial legal proceeding, it can be challenged through the appellate process to a higher court. Halstead Law Offices provides appellate services for all matters including, but not limited to, estate litigation, general litigation, criminal, and family matters. Halstead Law Offices is also pleased to provide amicus briefing for pending Nevada Supreme Court cases in which you or your organization are not directly involved but the results of which will directly affect you.

Ms. Halstead’s Legal Philosophy in Her Own Words

I am a trial lawyer. I have either worked or appeared in every level of court in Nevada and, for a period of six years, was in court almost daily. There is little I have not seen or dealt with and I have the experience and the resources to see your case through and will do so with a grounded approach with your goals in mind as well as with concern for the time and money you are spending. My trial background does not mean that I believe all cases should go to trial. As an attorney, my purpose is to address legal matters by first and foremost formulating avenues to reach a successful resolution without conflict or with as little conflict as possible and to do so in an economically feasible manner keeping in mind any and all collateral consequences that may arise from any given decision. Success in this regard requires not only a strong ability to reason through a situation, which my trial experience has solidified, but also the dedication to research an issue and grasp its legal and social undertones. This is done by understanding the dynamics of an issue, the applicable law, legal subsets of an issue, and the motivations and likely goals of all parties involved.  This is how I approach all cases and how I will work to aid in resolving yours.

AN INTRODUCTION TO MS. HALSTEAD

Ms. Halstead is a fifth generation Nevadan, fourth native born, and has called Northern Nevada home her entire life. Ms. Halstead graduated from Edward C. Reed High School in Sparks, Nevada, and is also a proud graduate of the University of Nevada, Reno, where she obtained a Bachelor of Arts in International Relations with Minors in Spanish and Economics. After graduating from college, Ms. Halstead attended law school in Washington D.C. at American University’s Washington College of Law.

While in law school, Ms. Halstead worked at the Nevada Supreme Court as an extern for Justice Miriam Shearing. She also externed at the American Gaming Association; the Arlington, Virginia Prosecutor’s Office; and for the United States Senate Judiciary Committee Subcommittee on Judicial Oversight and the Courts.

After graduating law school, Ms. Halstead served as a law clerk to the Honorable Scott Jordan in the Family Court Division of the Second Judicial District Court. There she developed an in depth understanding of family law matters, inclusive of divorce, child custody, child support, and guardianships. Ms. Halstead then obtained a clerkship with Justice William Maupin of the Nevada Supreme Court where she worked on a variety of civil and criminal appellate matters. Thereafter, Ms. Halstead secured a clerkship for the Honorable Howard McKibben of the United States District Court for the District of Nevada where she worked on civil federal matters such as Title VII actions and Tobacco litigation.

In 2001 Ms. Halstead joined the law firm of Hale Lane, now known as Holland & Hart. For the next six years Ms. Halstead undertook a variety of litigation matters including but not limited to contract disputes, property disputes, business disputes, tax disputes with the Internal Revenue Service, contested liens, mining disputes, and construction defect claims. Ms. Halstead also continued undertaking appeals and appeared before both the Nevada Supreme Court as well as the Ninth Circuit Court of Appeals.

Wanting to gain more courtroom experience, in 2007 Ms. Halstead joined the Washoe County District Attorney’s Office as a Criminal Deputy District Attorney where she began to practice criminal law for the first time in her career. Starting with misdemeanor crimes, Ms. Halstead worked her way up to large scale felony cases, inclusive of open murder, and was pivotal in securing the convictions of murderers, kidnappers, rapists, and a would be child abductor. In approximately four years, Ms. Halstead took fifteen matters to jury verdict and secured guilty verdicts in each case.

**The information contained in this website is provided for informational purposes only and may not be construed as legal advice.  Furthermore, nothing about this website shall be construed to create an attorney-client relationship, this includes, but is not limited to, communication via Internet e-mail through this website.  When making any inquiries through this website, please do not transmit or send confidential or privileged information. While we attempt to maintain a secure e-mail server, we cannot guarantee the security or actual receipt of any transmission by or to you utilizing the Internet or any link provided by this website.  Prior to acting on any material or information contained on this website, you should seek and retain professional counsel in your state or other jurisdiction, as applicable.